I took Julia Quinn’s The Secrets of Sir Richard Kenworthy to my bookclub meeting on the weekend and it caused a huge argument between myself and another member of the group. When she saw my book she was all: I can tell from the shape of the book that it is a throwaway read; there is nothing to learn from romance; You read it, it’s there, it’s fun but don’t try to tell me that it has the depths of Kundera etc, etc. I’m paraphrasing here. This was from a closecloseclose friend with whom I regularly argue on many issues that affect our lives. I also think she was deliberately riling me as she knows that I jump to the bait or as my dad would say Πεταγεσαι σαν πορδος απ᾽το βρακη/You jump like a fart from undies. It was fun seeing other people around us unsure as to how to react to our shouting. I won’t go into my response or her counter-responses here, (except to say – how can you judge a book purely by its shape? ‘Tis the content not the container!) however, I LOVE and ADORE that it was not the discussion of other reading choices but the reading of romance that brought shouting and dissension. There were fists being shaken to the skies and the thumping of tables and turned heads from all around. If we had white gloves with us, there would have been a duel challenge! The cafe owners, thankfully, did not intervene. 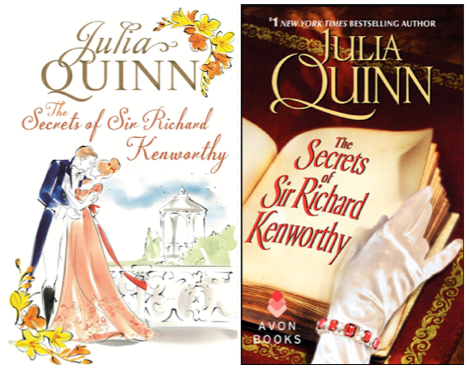 Does it really matter which cover and shape I read?

I don’t think enough people get riled up enough over books to have pistols-at-dawn moments. I think this is what I love about some reading arguments (both online and offline). People getting angry over books. People being incensed by what others read, how they read, and where they find meaning. I certainly get incredibly angry at marginalising reading interests, judgmental statements about people’s reading choices, at assumptions of people having a lesser intelligence either because they do not enjoy reading or cannot read, and my blood absolutely boils when reader shaming is bandied about.

A big disappointment for me several years ago was seeing reading evangelist Neil Gaiman talk to a room full of librarians about the power of reading. I had read the transcript several months earlier and in my head I had a powerful, expressive voice driving home the importance of reading. Watching the video, I was crestfallen (and a tad bored). It was all very English and dignified, it was a measured speech completely lacking in any emotion. Some may say that this is how professional, mature people behave when delivering a speech to a room full of other professionals (and they might actually be right).

However, I feel that reading discussions need to have more passion. I want to hear indignation and conviction and go all “Captain, my Captain” over the written words that have impacted my life. At times, being measured in our responses means that our reading has not stirred us, it has not incensed us enough to be overcome with emotion, we have not lost ourselves in a moment of passionate defense where we would rather risk offending another person by remonstrating the merits of words that reach into your soul. Writing that leaves me unmoved, dispassionate, bored and filled with ennui does not interest me. I seek out the books that fill my mind with fireworks and give me cause to shout out in their defense.

And how could I not defend Julia Quinn’s latest romance! How could I not feel riled at the suggestion that romance fiction is not a place to grapple with serious issues and that it is reading that does not get absorbed in the mind. Quinn’s latest novel, The Secrets of Sir Richard Kenworthy, is part of the Smythe-Smith series. I was pleasantly surprised by Iris Smythe-Smith’s courtship story. Sir Richard Kenworthy who has travelled from Yorkshire to London to find a wife as he needs to be married within two weeks. Iris, is intelligent and suspicious of his courtship yet still marries him in the short time that he needed. The two travel back to his home and spend a fortnight without his sisters there. During the first half of this book, the focus is on this growing relationship. You see genuine friendship and deep desire growing between these two people. However, Richard refuses to consummate his marriage and this leaves Iris confused and devastated. Eventually, when Richard’s sisters arrive back home she discovers his reason for not consummating their marriage and the book goes from a lightweight, fun read to one that poses questions about shame, brotherly duties, anger, deception, class and women’s status in Regency society. In true Quinn fashion, her writing remains focused on the love resolution yet her weaving of serious issues with a light pen at no point becomes flippant.

I think it is this light pen that misdirects many readers who are unsure of where to position romance fiction or just consider romance fiction to be interchangeable and throwaway pulp reading. I think much of this attitude comes from the lack of broader, scholarly understanding of how romance fiction fits in the greater literary field of discussion. The literary world is used to serious books dealing with serious issues and consistently rewards them. But it rarely rewards comedy, of which romance fiction is a subgenre, even though it has always been an instrument through which to openly debate on societal concerns from Aristophanes’ Lysistrata, Shakespeare’s Much Ado About Nothing to Jon Stewart’s The Daily Show. 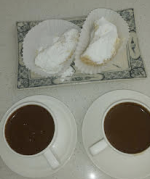 I’m not wholly convinced that this one novel is worthy of such passion. I would not call it Julia Quinn’s best novel (it does not come close to the wonderful When He Was Wicked). But it was definitely a read that moved me, adds value to Quinn’s ouevre and merits discussion. Perhaps it is my Greek DNA that relishes in public arguments, on debating contentious ideas. My friend, who dissed my choice of book/format, also has Greek DNA and I know that she too is fearless in insisting that her view is the right view *cough she is wrong cough* because when it comes down to it, the two of us have been engaging in loud arguments for over 25 years and in the same breath we will have another coffee, a kourabieda on the side, and life will calm down again until we find another point to argue over.

8 thoughts on “Getting all “Pistols at dawn” over reading”